Ketogenic Diet as A Treatment for Anorexia Nervosa?? 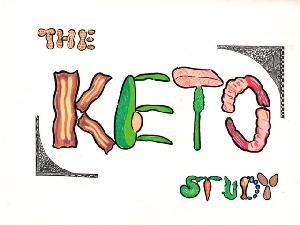 How can this possibly make any sense? The ketogenic diet is a high fat low carbohydrate diet, akin to the Atkins diet, that many people have used to lose weight. Although it seems paradoxical, it might be very helpful for patients struggling with Anorexia Nervosa.

Anorexia nervosa remains a very serious disorder and treatment is limited. It has not given up its secrets, and much remains unknown. The radical idea behind advocating a ketogenic diet is the hypothesis that the brain of a patient in the grips of anorexia nervosa finds the state of ketosis calming and rewarding. If so, replicating the ketosis without the starvation may be a key to allowing the patient to eat, recover, and feel less anxious and frightened. It has been shown to be effective in an animal model of anorexia nervosa.

This idea occurred to us because we witnessed first-hand the misery of the disease when our loved niece and daughter became ill with the disorder as a young teen. Determined to find more answers, we scoured the medical literature on the physiology of starvation, as well as hibernation, and this hypothesis emerged. The state of ketosis has been shown to be critical for many mammals as they enter hibernation, and also at the time of arousal out of hibernation.

It is difficult to find a well-respected, established clinician-researcher who is willing to think creatively and take a chance (of course with care and close observation to ensure patients are safe). We found that researcher.  Dr.Tom Hildebrandt has devoted his career to treating and researching eating disorders, and he is willing and eager to work with us to test this unusual hypothesis at his clinic in Mt Sinai Hospital NYC

If you would like more information on the pilot study for ketogenic treatment for anorexia nervosa, or for Tom’s plans to start a “living laboratory” at Mt Sinai Hospital, to conduct other trials for eating disorders, please contact us. Please also consider a contribution to this study. Thank you